› › The success of Château Valandraud 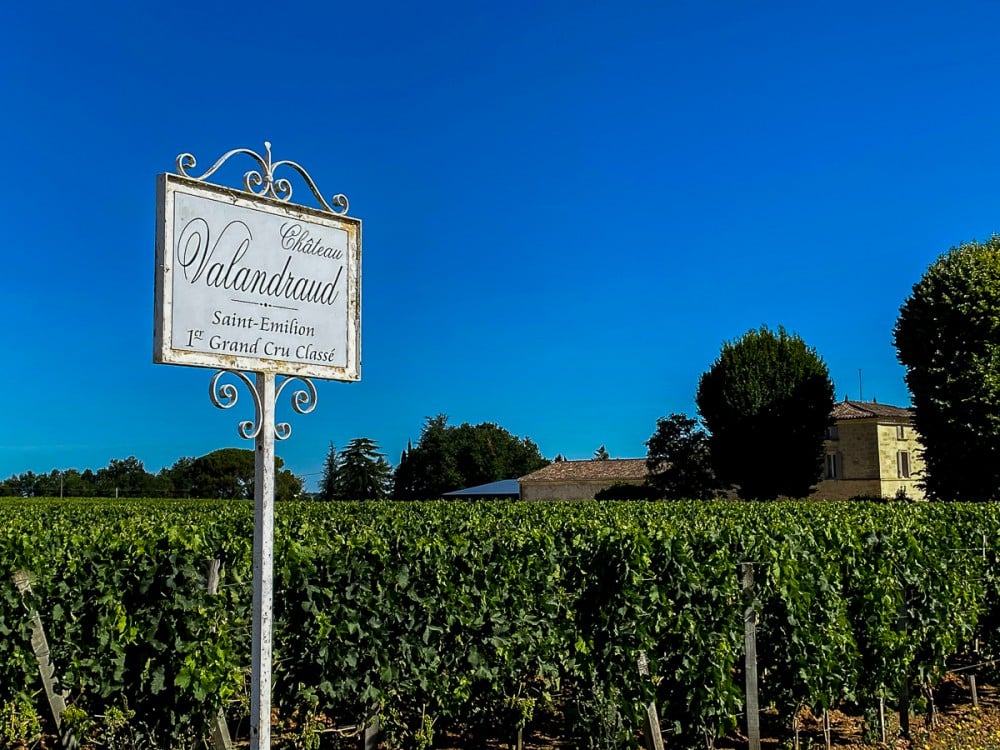 The success of Chateau Valandraud

The wines of Château Valandraud are among the most popular wines of Bordeaux's right bank. Château owner Jean Luc Thunevin is known for his modern, innovative style and unmistakable presence in the wine world. The Château has been classified as Premier Grand Cru Classé B since 2012 in Saint-Émilion, but this was preceded by an interesting history. A history that is inextricably linked to the garagiste movement in Bordeaux.

Unlike other big names in Bordeaux, Château Valandraud is relatively young. The château was founded in 1989 by Jean-Luc Thunevin and his wife Muriëlle. During the first few years, the couple sold their grapes to the local cooperatives, but their passion was soon ignited and, in 1991, they launched their first commercial wine in a limited quantity: 100 cases. The merlot grapes grew on 30 to 40-year-old vines covering a small plot of less than one hectare and were quite pampered - especially by Muriëlle. Green harvesting was applied to allow the remaining grapes to ripen optimally and to allow the grapes to develop the most concentrated aromas possible. Harvesting was done by hand with utmost care, and destemming was also carried out manually. As there were no funds for a state-of-the-art winery, Jean-Luc borrowed an old wine chai next to his house, which was owned by the Bécot family (Château Beauséjour-Bécot). All available capital was invested in the purchase of new wooden barrels in which the wine was both fermented and vinified. The couple named the wine 'Valandraud', after Muriëlle's surname,  Andraud.

Château Le Pin (Pomérol) was a great source of inspiration for Jean-Luc and Muriëlle. In the same fashion as Le Pin, their wine was produced in an old barn and in a modern style for Bordeaux; full of ripe fruit and ripe tannins, with ample body and high alcohol content. Although Le Pin was the original vin de garage, in a sense, it was Thunevin who managed to market his Valandraud as such - and with success. Many producers followed his example and released wines with a similar modern profile. The garagiste movement was born.

Unfortunately, 1991 turned out to be a difficult year. Robert Parker awarded only 83 points to that first vintage Valandraud: it was still one of the highest scores in Saint-Émilion that year. Yet in 2017, the score was adjusted to 86 points, making Château Valandraud the best scoring Saint-Émilion of 1991 after Château Pavie.

As the years progressed, however, both the (Parker) points and prices climbed. Despite the great commercial success of Château Valandraud, the wine was repeatedly rejected as a grand cru in the Saint-Émilion classification system. According to Jean-Luc Thunevin, this was mainly due to the fact that it would have been too distinctive, too modern. In 2012, after 11 years of great international success, Château Valandraud was awarded the classification Premier Grand Cru Classé B. And the wine... it is now produced in a superdeluxe, modern winery. A true success story!

This summer (2020) Valandraud is temporarily closed to the public. The Château is being renovated and will open its doors again in October 2020.

Click here to see the vintages of Château Valandraud in our portfolio.

It's time for Swiss wine