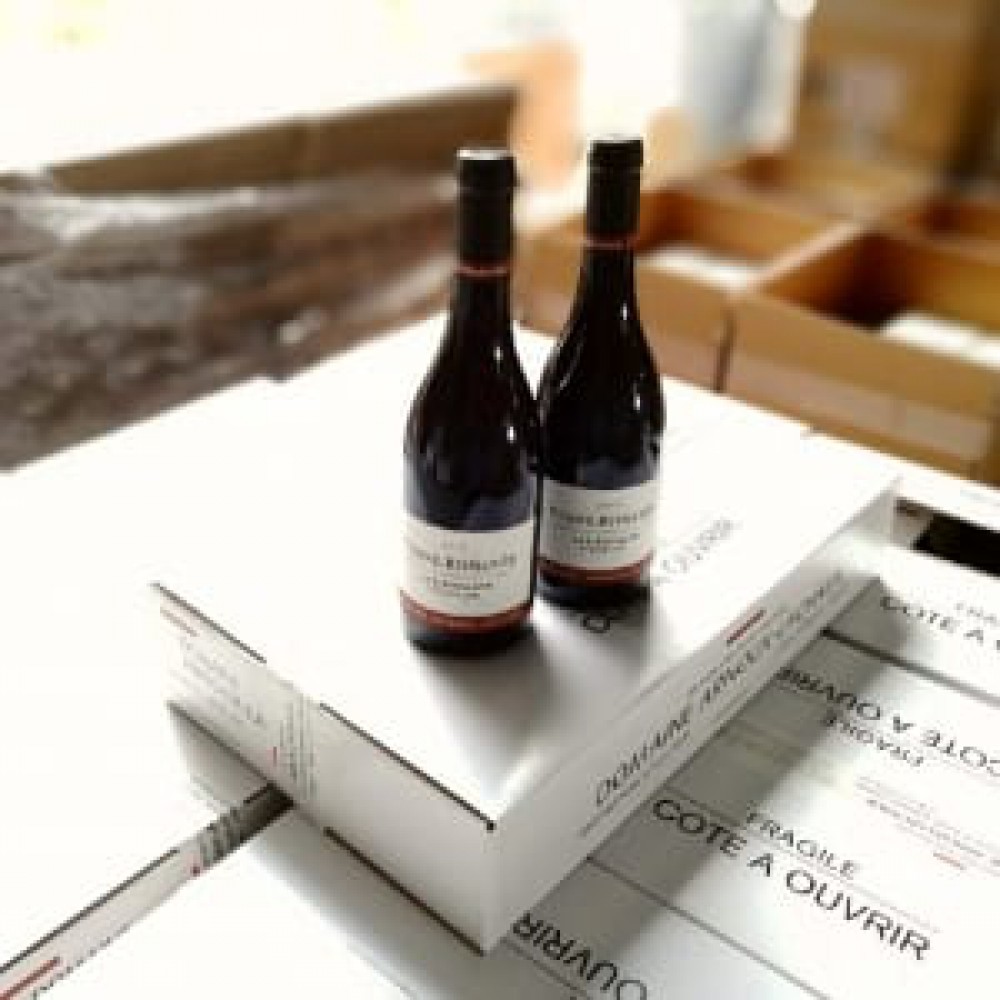 Last week, we received this very exciting shipment full of goodness from domaine Arnoux-Lachaux in Vosne-Romanée. ##

Having been in charge of the prestigious vineyard for a relatively short time, Charles Lachaux, heir to both the Lachaux and the Arnoux legacies, has some big shoes to fill, and we are delighted to see that over the years, he has done nothing short of exceeding the expectations. Gratiously accepting the guidance from his father Pascal Lachaux and his father-in-law Robert Arnoux, Charles has further driven up the quality of these excellent wines from Vosne-Romanée and Nuits-Saint-Georges, finest in Burgundy’s Côte de Nuits district.

Wines that particularly stood out for us in this shipment were:

Romanée Saint Vivant 2015: The wine that gave the village half its name always holds a promise, and again, did not disappoint. In the nose there is dark red fruit, with spiciness from cinnamon to sweetness from rose petals. On the palate we find even more fruit, and the complexity of this wine promises to slowly reveal its secrets. Expect more greatness after 10 to 20 years.

Vosne-Romanée Les Suchots 2015: This top of the hill gives you the top of the bill. A nose filled with sweet and sour red fruit, tart pomegranate, and a little spicy cinnamon. A juicy palate that lingers but feels fresh. Not yet at its best, but already promise of lively freshness to come.

Latriciere Chambertin 2015 : This plot is on the cooler hillside, which translates in a more elegant, smoother palate. Nose: subtle minerals from the terroir with a strong presence of the familiar red fruits. A very long and full finish.

Clos de Vougeot 15 : Clos de Vougeot from any great house is a category in itself. But in this case, even more so. There’s wood (oak), earth, but a floral lightness at the same time. Will only increase in 20 years.

We can’t wait to see how these wines evolve over the years, and we are proud to add them to our stock.

All the vintages received:

Find them all here : https://bestofwines.com/wine?q=arnoux