› › A sailing day with a bottle of Petrolo 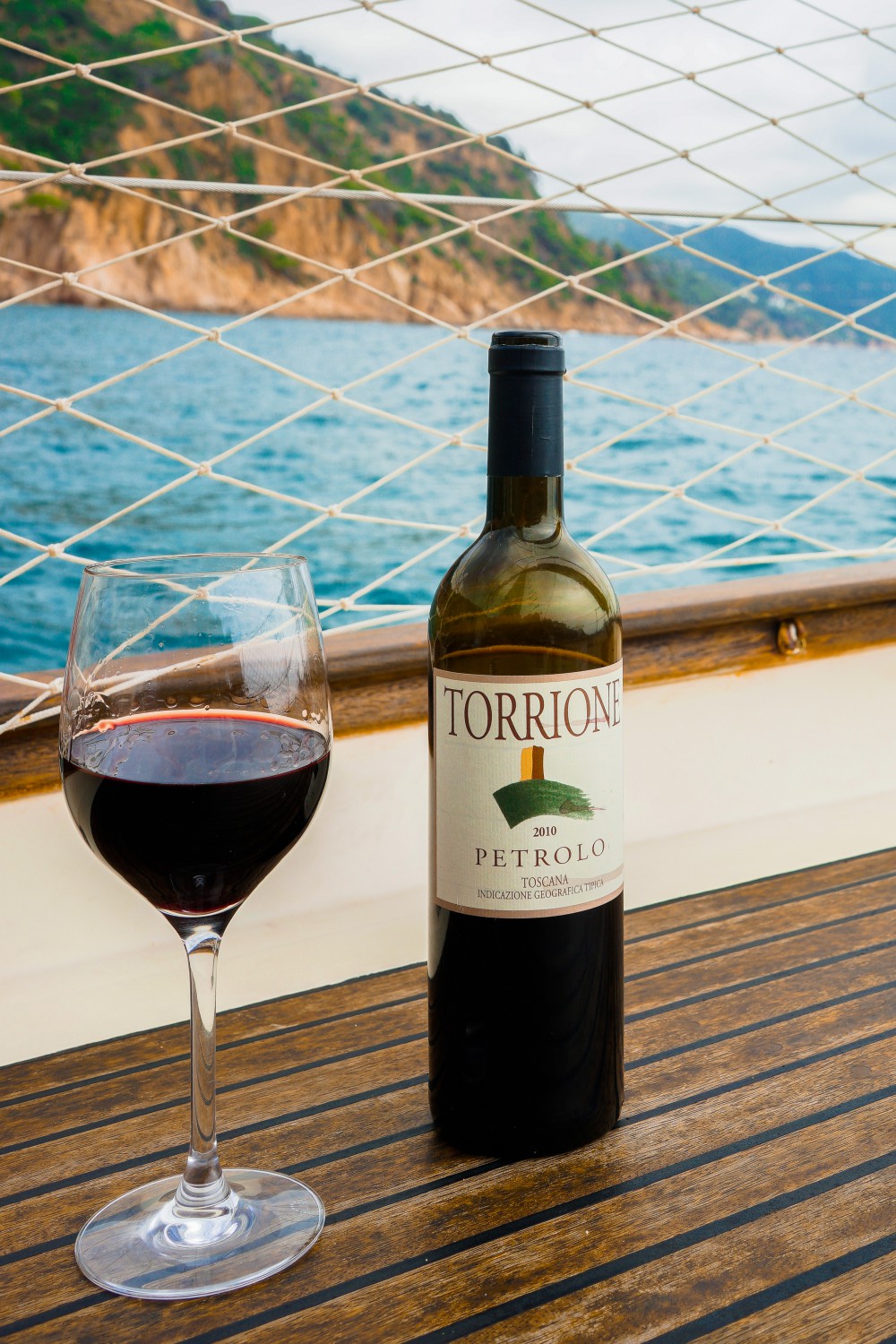 A sailing day with a bottle of Petrolo

On the official last day of summer this year we took a few bottles of Petrolo Torrione 2010 with us on a sailing trip.

Petrolo produces 7 different wines, including a very luscious and sweet Vin Santo. Perhaps their most famous wine is the Galatrona, made from 100% Merlot grapes, awarded multiple times and the pride of Petrolo. In 2017, James Suckling named Galatrona the second-best wine of the year in his annual top 100 wines of the year. Bòggina, Campo Lusso and Galatrona are the true “Grands Crus” of Petrolo.

We took some bottles of the Il Torrione IGT 2010 with us, which is mostly made of Sangiovese. The wine is very elegant and aromatic. It has tones of red fruit, mostly cherry and spices.

Currently, it is perfectly drinkable directly after opening. A great wine with a very good value for money. You do not often find a wine under €30,- with a score of 93 points from both Robert Parker and James Suckling.