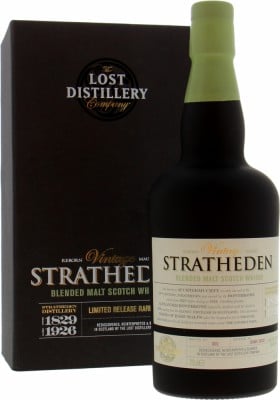 This distillery was situated in the centre of the old market town of Auchtermuchty in Fife. The earliest records of legal distillation indicate it was founded in 1829, although there is anecdotal evidence of the prior use of illegal stills in the area.

The distillery was unusual in that it only ever had one owner – three successive generations of the Bonthrone family. The Bonthrone’s hailed from the area.
The challenges of the early 20th Century proved to be too much for Stratheden, Due to successive duty increases, set alongside distilling costs that were higher than those of modern distilleries meant that margins were eroded to the point where there was little will in continuing. The final blow was the loss of its major export market, as the United States embarked on a decade of Prohibition from 1920. The distillery ceased production in late 1924, and closed for good in 1926.

The 'vintages' don't bear any vintages, they are older versions of each blend.

Nose: it's a bit lighter again, rather on walnuts, apples, orange peel and kumquats. I also find some hay and then more apples, tobacco, tree bark, hazelnuts... I really enjoy this freshness. A few raisins as well but the whole isn't exactly raisiny.

Mouth: nah, there, another one that's excellent. There's quite some smoke again, a saltiness, iodine, apple peelings, lemons and citrons, then a little more brine, some wax, a drop a limoncello and bags of apple peeling. I have to say this doesn't taste very old, but it's pretty perfect.

Finish: long, a little more medicinal and certainly smokier and more peppery. I some way, a mix of old Highland Park and Talisker...

Comments: it seems that they all got me. They're all big whiskies and it really seems that the stories were not just... stories. Congrats. 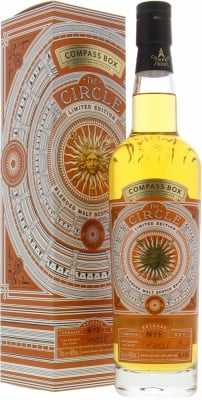 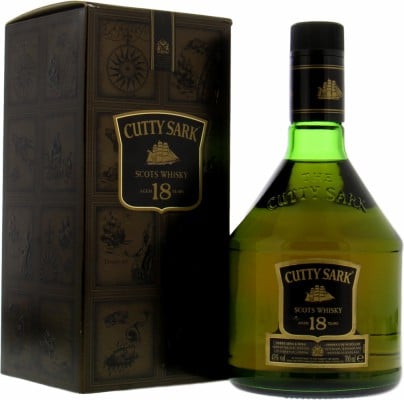