This month’s malt of the month is the new Kilkerran 12 years old for only €32,- ex. VAT.
Personally I love this new edition very much. It reminds me of an old style Springbank from back in day. This is what Serge Valentin, internationally acclaimed whisky aficionado and Malt Maniac had to say about this lovely dram, scoring it a spot on 90/100 points:

That’s right, the first ‘regular’ expression of Glengyle/Kilkerran, after the various ‘WIPs’ that have almost all been very convincing. Although I preferred the bourbon versions, but that’s a matter of taste. Love the no-fuss label by the way.

Nose: oak notes are dominant, followed by toasted marshmallows and dried fruit pudding, as well as cherries, marzipan and a hint of peat
Palate: initially fruity with citrus notes and orange peel, after this: vanilla, butterscotch, honeycomb and digestive biscuits can all be tasted and enjoyed
Finish: velvet and smooth with lemon meringue, to conclude, there’s an oiliness and a saltiness that you’d expect from a Campbeltown dram

That’s right, the first ‘regular’ expression of Glengyle/Kilkerran, after the various ‘WIPs’ that have almost all been very convincing. Although I preferred the bourbon versions, but that’s a matter of taste. Love the no-fuss label by the way.

Nose: pristine lemony/chalky/sooty start, then rather broken branches and a touch of liquorice wood, as well as hints of bandages and tiger balm. Perhaps barbecued herbs, perhaps thyme and rosemary? I can’t seem to find anything bad to say about this nose.

Mouth: impeccably old-style, sooty, rather peaty, peppery, lemony, and really very salty. It is totally distillate-forward, which is always something we enjoy at WF Towers. I find there’s something ‘old Springbank’ to this baby that goes straight into my personal pantheon of readily available large-batch malts.

Finish: long, with perhaps a few more notes of bonbons, but the salty tang and the lingering peppery peat still play first fiddles.

Comments: ah, yes, I’ve got something bad to say, it’s a shame that this was to be expected, and that consequently, no good surprises could occur. I may write a letter…

Nose: slightly austere start, on dry heather, minerals, earthy and sooty notes. Light lemon and salt combo. At its centre is a big malty core, cereals and shortbread. The herbal side grows bigger, but at the same time it’s mellowed by faint vanilla and marzipan. Slightly green woody notes too.

Mouth: rather sweet and creamy. Biscuity notes, sweet lemon, a little cinnamon syrup. Then turning towards peaty notes and brine, with some dried herbs again. Whiffs of smoke. Some chalky touches.

Finish: long, with liquorice, lemon, oak and brine. Hints of butterscotch too.

An old-school dram for sure, although it provides enough rounder notes to balance its straightforward, unsexy side. A complex whisky that is well put together and available at a bargain price. 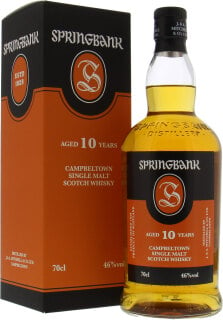 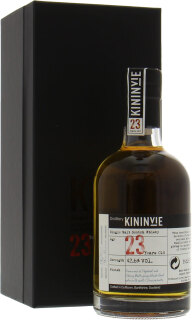 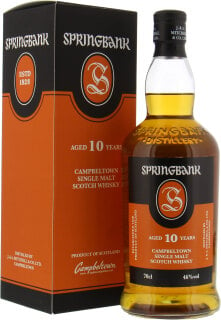 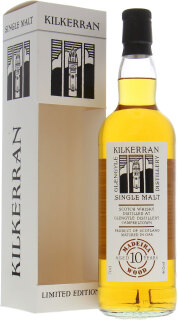 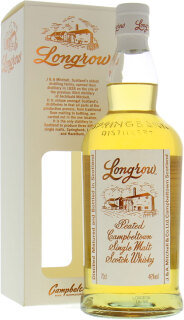 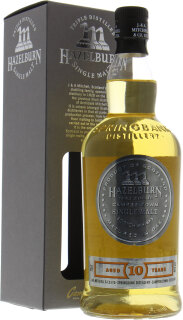 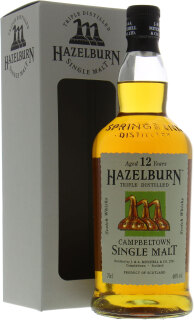