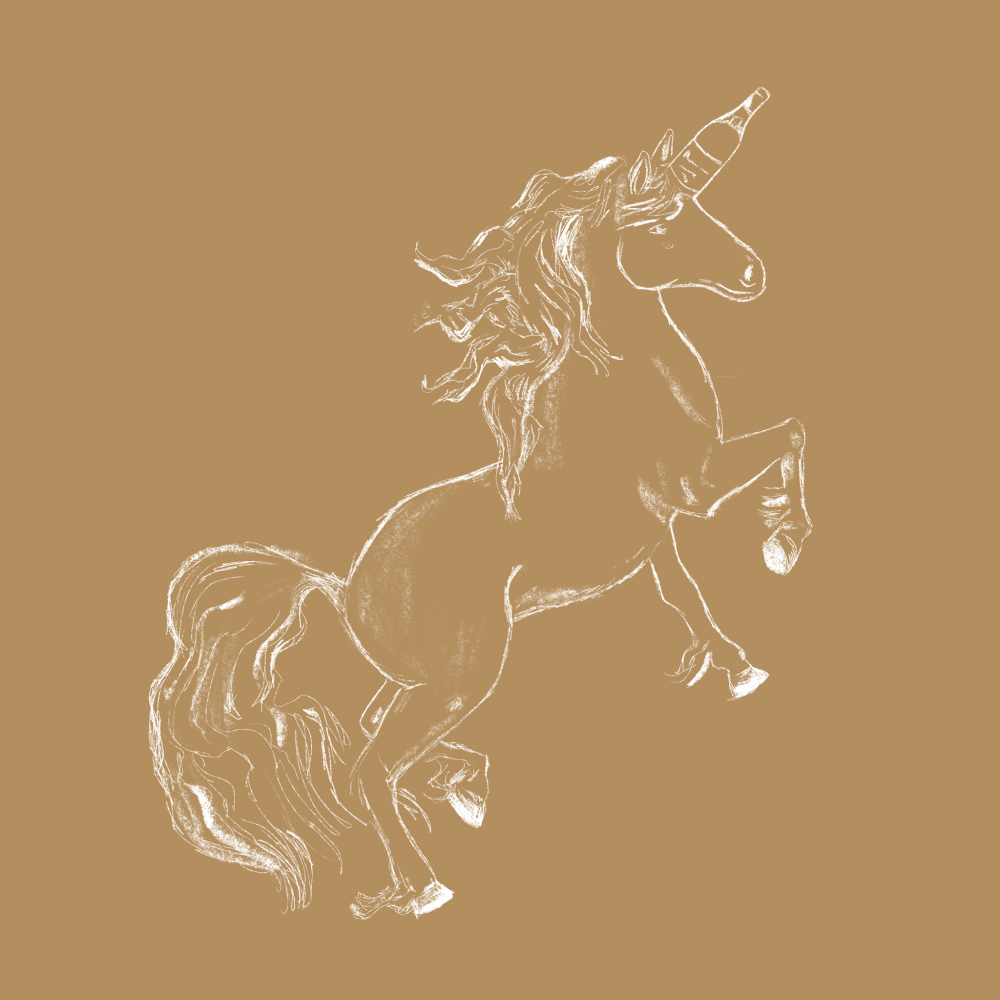 Unicorns among the unicorn wines

Some of the rarest (and most sought!) wines in the world

Some years ago, a new term popped up in the world of wine: the ‘unicorn wine’. The term became popular after it was first used on Instagram by top-level New York sommeliers. It refers to wines that are so exclusive, so special, and so old, that (only) a handful of bottles remain in circulation. Being able to taste a unicorn wine is something many wine lovers have on their bucket list, and which is seen as a once in a lifetime experience. But how does a wine arrive at the designation unicorn, according to these somms? First and foremost, the wine has to be rare. The key aspect to a unicorn wine is the – limited – availability of the wine. A good rule of thumb is a production of 200 cases or less, or a maximum of 2400 bottles. It therefore follows that the most expensive wines in the world are not necessarily unicorns, because for example Pétrus and La Tâche are produced in ‘ample’ quantities (although this fact is somewhat disputed). Conversely, unicorns are not automatically the most expensive wines, although there is a correlation between rareness and price. Some unicorns are so rare that they are no longer even for sale (more on that later). In the strictest unicorn dogma, the wine has to be made by a now-retired or deceased winemaker.

Below are the extraordinary stories behind three even more unique unicorns under the unicorn wines:

Domaine de la Romanée-Conti, Bâtard-Montrachet
No, we are not talking about Le Montrachet, the only white wine issued by the fabled Burgundy house from Vosne-Romanée. Even though production of Domaine de la Romanée-Conti Le Montrachet is exceptionally low with an average yield of 250 cases per year, this wine does not fall within the strict demarcations of the unicorns. There is an even rarer DRC wine, their Bâtard-Montrachet. DRC owns 0.17 hectare of this famous grand cru vineyard of 11 hectares in total. Of this yield, two barrels (or pièces in correct Burgundy parlance) are produced purely for private use. These wines do not leave the Domaine, and are served only as house white during parties and functions to those fortunate enough to be invited in the first place. Wine critic and Burgundy expert Gert Crum, known for his book Le Domaine de la Romanée-Conti, enjoyed this privilege several times. Crum: “I have had the B-M in my glass several times, and it is in fact no less than the celebrated Montrachet from the Domaine; there are nuanced differences. The most memorable time was undoubtedly in 2003, when I was at the Domaine doing research for my book, and a B-M 1992 magnum was opened at the communal lunch, a baguette jambon. By the way, the lunch the next day was a veal cutlet with instant mashed potatoes from a packet. Here, Aubert poured a magnum Richebourg from the obscure 1954 vintage, which turned out to be downright fantastic.”

Heidsieck & Co Monopole, Diamant bleu ‘Goût Américain’ 1907 – the Jönköping bottles
The renowned house Heidsieck & Co Monopole has undoubtedly made a lot more than 200 cases of their 1907 vintage Champagne, and therefore does not officially fall under the unicorn category. And yet, the story behind this ‘most expensive champagne in the world’ is too good to leave out. The reason that to this day there are still bottles of the 1907 vintage in circulation, coincides with an event that could have come straight from an adventure book. The story begins more than 100 years ago, in the morning of November 3, 1916. The First World War is raging in full force. Nicolas II, the last Romanov in tsarist Russia (who would be assassinated two years later along with his family), has a shipment of barrels of Burgundy, Cognac, and 3000 bottles of Champagne from the house Heidsieck & Co Monopole shipped into Russia by way of neutral Sweden. The Germans, however, discover and intercept the smuggler Jönköping off the coast of Finland, where they sank it. The Jönköping, with its precious cargo, sinks to the bottom of the Baltic, 65 meters deep. It will take more than 80 years for the shipwreck to be discovered. All that time, the bottles of champagne rested in the wreckage at the bottom of the sea, away from light, in salt water with a stable temperature of 4° C. Add to that the atmospheric pressure at a depth of 65 meters, which is equal to a champagne bottle (6 bar) and you arrive at the perfect conditions to preserve a sparkling wine. Moreover, as the wines were labelled ‘Goût Américain’ (made for the American palate), they were most likely given a higher dosage of about 100 grams, aiding the wine’s maturation. When the ship was discovered using sonar in 1997, several hundreds of bottles are salvaged from the wreckage to be inspected and tasted. Owing to the above, the champagne turns out to have been perfectly preserved. In 1998 the shipwreck is recovered and yet another 2500 intact bottles are salvaged. The news of this extraordinary champagne, with its ‘renewed’ unicorn status of sorts, rapidly spreads and the bottles end up being put up for auction. The story ends with a dozen bottles of Heidsieck & Co Monopole ‘Goût Américain’ finally reaching Russia some 80 years later, which are put on the wine list of the Ritz-Carlton in Moscow for € 250,000. To this day, various winemakers, inspired by the story of the bottles, give their wines a similar Jönköping treatment by maturing them underwater. Apart from a perfectly matured wine, the wine maker also gains a cleared-out wine cellar – and above all – a great marketing story.

We were lucky enough to be able to acquire some of these amazing Champagnes – read our tasting note!

Sine Qua Non, Queen of Hearts 1995
Just as with the Domaine, the true fans need only the initials. Sine Qua Non, or SQN for the fans, is an absolute cult producer from the Californian Central Coast. Manfred and Elaine Krankle, characterised by Robert Parker as ‘the most creative wine makers in the world,’ founded SQN in 1994 and have since produced iconic wines in a Rhône fashion. Manfred’s philosophy is that every vintages is unique, and as such his wines are issued under a new name every year, with a new and personally designed label. The Krankls sell their wines solely through an exclusive mailing list. The enormous popularity of the wines becomes apparent from the simple fact that there is a wait of over ten years before making it on to that list. The most iconic SQN wine is undoubtedly the Queen of Hearts 1995, a Rhône-style grenache-based rosé with a beautiful background story. 1995 was the year of Sine Qua Non’s first vintage, and the first year they started making rosé. This first rosé was named Queen of Hearts. The first yield, a total of 25 cases, was viewed as a trial batch. Manfred and Elaine decided not to release their rosé commercially yet. Most of the 300 bottles were gifted to family and friends. The fact that there are bottles of the 1995 Queen of Hearts on the market today, can be attributed to some of these ‘friends’ who put the bottles’ monetary value above their emotional value, and have since sold them. After 25 years, they have become so rare that only occasionally one surfaces, which is then offered for amounts of up to $100k. These bottles will undoubtedly stay in circulation purely as collectors’ items, because the wine itself will in the most fortunate scenario be past its peak, or in the worst case, undrinkable.