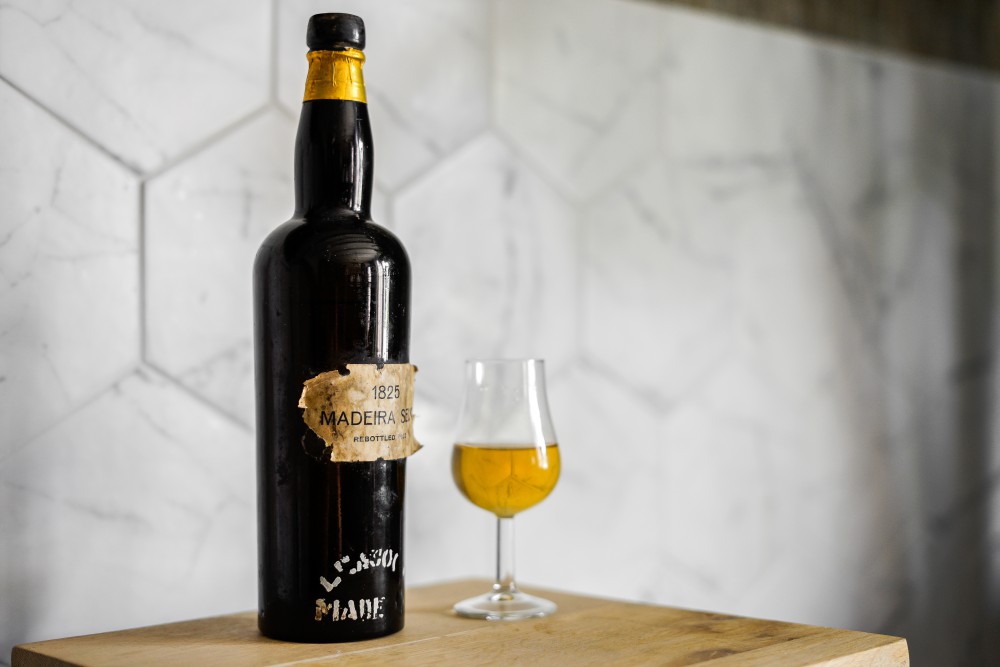 As you might know, we are huge fans of history. And with this bottle of Madeira we acquired a little taste of just that.

With our annual dinner, this wine was brought in as a blind bottle. We always like to have a blind tasting where we all bring in a wine according to a specific theme. The theme of this dinner was 'no French, Spanish or Italian wines'.

Besides this complete surprise, we had a fantastic white Portuguese wine from Douro, drank an amazing American wine from Amuse Bouche and there was also my personal favourite, the Australian Shiraz from Jim Barry. Though these three wines were probably more balanced than the Madeira, I think this madeira will be remembered.

We bought this wine from a impressive private cellar containing around 100 bottles of very old Madeira. The oldest was from 1795, but that one will be kept for another tastings. The 1825 was the second oldest.

As expected, the wine started a little sour with peel of green apples; tangy bouquet; a little medicinal. None of us was even aware in the slightest that this glass contained a Madeira, let alone a 1825... Except of course me, since I was the one who had entered this bottle. But even for me the wine was much better than expected.

After five minutes it opened up. And there it was, the fruit, the toffee and everything which makes a Madeira so beautiful. Though it was not the winner of the evening, it absolutely was a wine we'll all remember.

(For the experience however: BOW 10)

It's time for Swiss wine