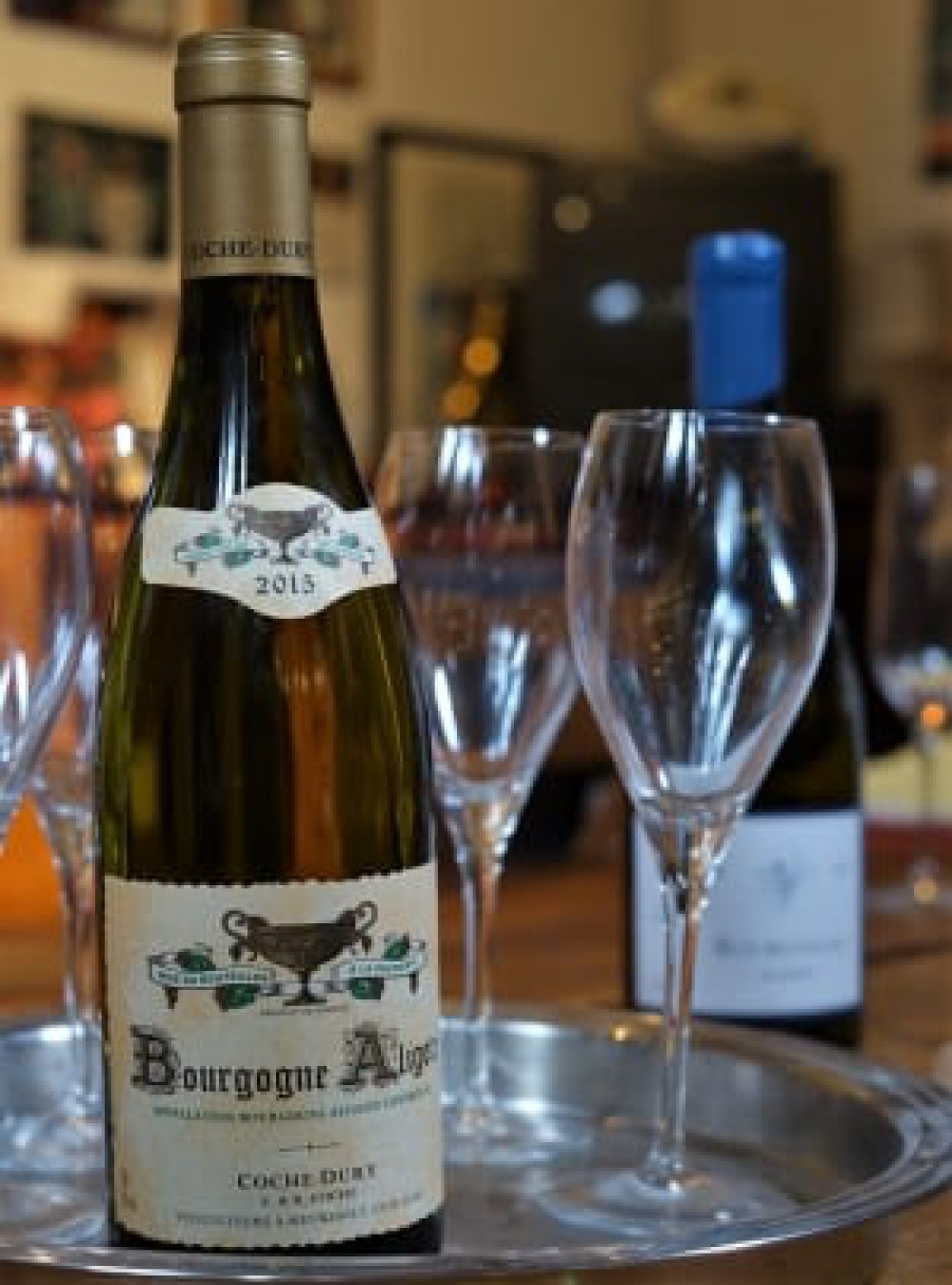 Aligote is the second white grape of Burgundy with an AOC, 2015 is a stellar vintage in France and Arnaud Ente and Coche Dury two of the most prestigious domaines in Burgundy. So why not try both wines next to each other? ##

And to be honest: nobody in our tasting panel was sure which wine would win this “contest”. Both wines have gained a certain prestige over the past couple of years as well as a certain appreciation from me and my colleagues.

The Coche Dury, established in 1920, is known for the Meursault and is currently greatly sought after by wine lovers. The wines are unfiltered and are aged for nearly two years on barriques prior to bottling, which makes for rich, deep and very aromatic wines.

Arnaud Ente is a relatively young domaine, established in Meursault in 1992, but already a known high-quality white Burgundy. Arnaud Ente learned all there is to know at Coche, which makes this match even more exciting!

So without further ado, let the battle commence!

The Arnaud Ente, made from 70 year old vines, had a sweet approach. It showed hints of vanilla, honey, apricot and butter. A Full bodied wine, juicy, nice bouquet.

The Coche was more pure, crispy and balanced. It showed the fresness of Aligote more than the Arnaud Ente. You may even confuse it with Chardonnay.

We really enjoyed both wines, both with surprisingly high quality and both showing the beauty of the 2015 vintage.

And then came the votes and the match is undetermined. From the four of us, two clearly preferred the Arnaud Ente, while the other two (amongst them myself) wanted a second glass of the Coche Dury... A matter of taste I guess.

All we need now is a tie breaker!

Both wines were rated on average BOW 7. If you have the chance to taste, don’t hesitate!