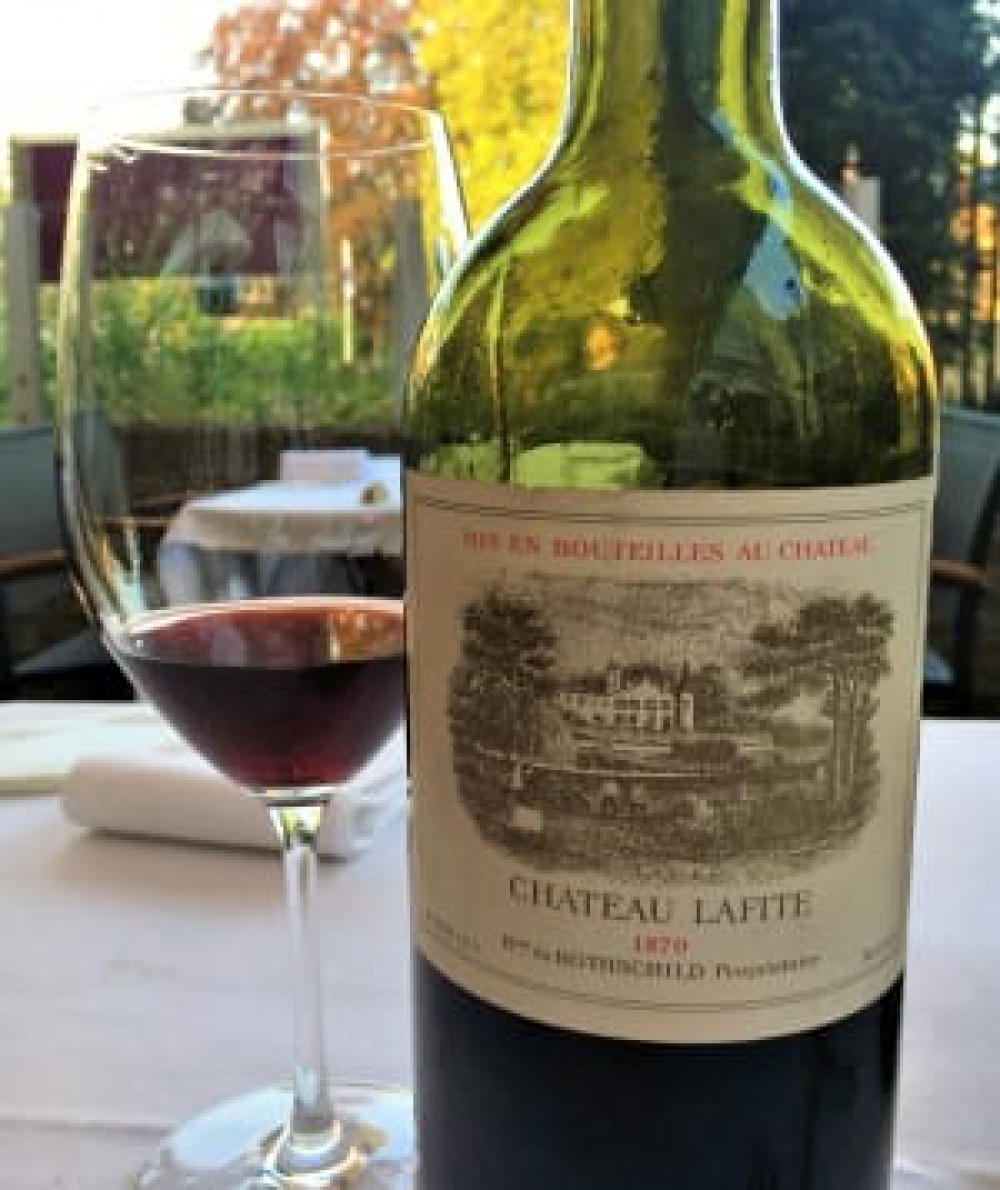 A time capsule, that is how you could describe this legendary bottle of Chateau Lafite Rothschild 1870 (recorked in 1980).

In 1870, while the Franco-Prussian war was raging in the North of France, there was another battle going on – in the vineyards! ##

The vine louse phylloxera had destroyed vines all over Europe, and this is probably the last wine made at Chateau Lafite Rothschild that we can call “pre-phylloxera”. In those days the vineyards were not as we know them today. Vines were spread over the fields and grew on the ground. This wine was made by hand and the hand of mother nature.

We chose the beautiful location of restaurant De Nederlanden situated on the river Vecht to create the right ambiance.

We were very excited, wondering if the bottle would be okay and what could we expect! The cork was crumbling so it took some time to open the bottle, which we hadn’t expected because of the recorking at the Chateau in 1980.

Slowly we poured the wine and yes, everything seemed to be okay. The colour was terracotta brown with orange hues, and the first impression on the nose was of boiled vegetables with hints of mint which quickly changed to rosehip. We gave the wine time to open up. We tasted several fruits like prunes, dried apricots and wild strawberries while it was building up tannins. One moment it had earthy tones like mushrooms and fallen autumn leaves, but then there were hints of after eights and also herbs like laurel and thyme. This continued for over two hours! Later it even became a Burgundy style with cedar and orange marmalade, with a long slow finish we will never forget.