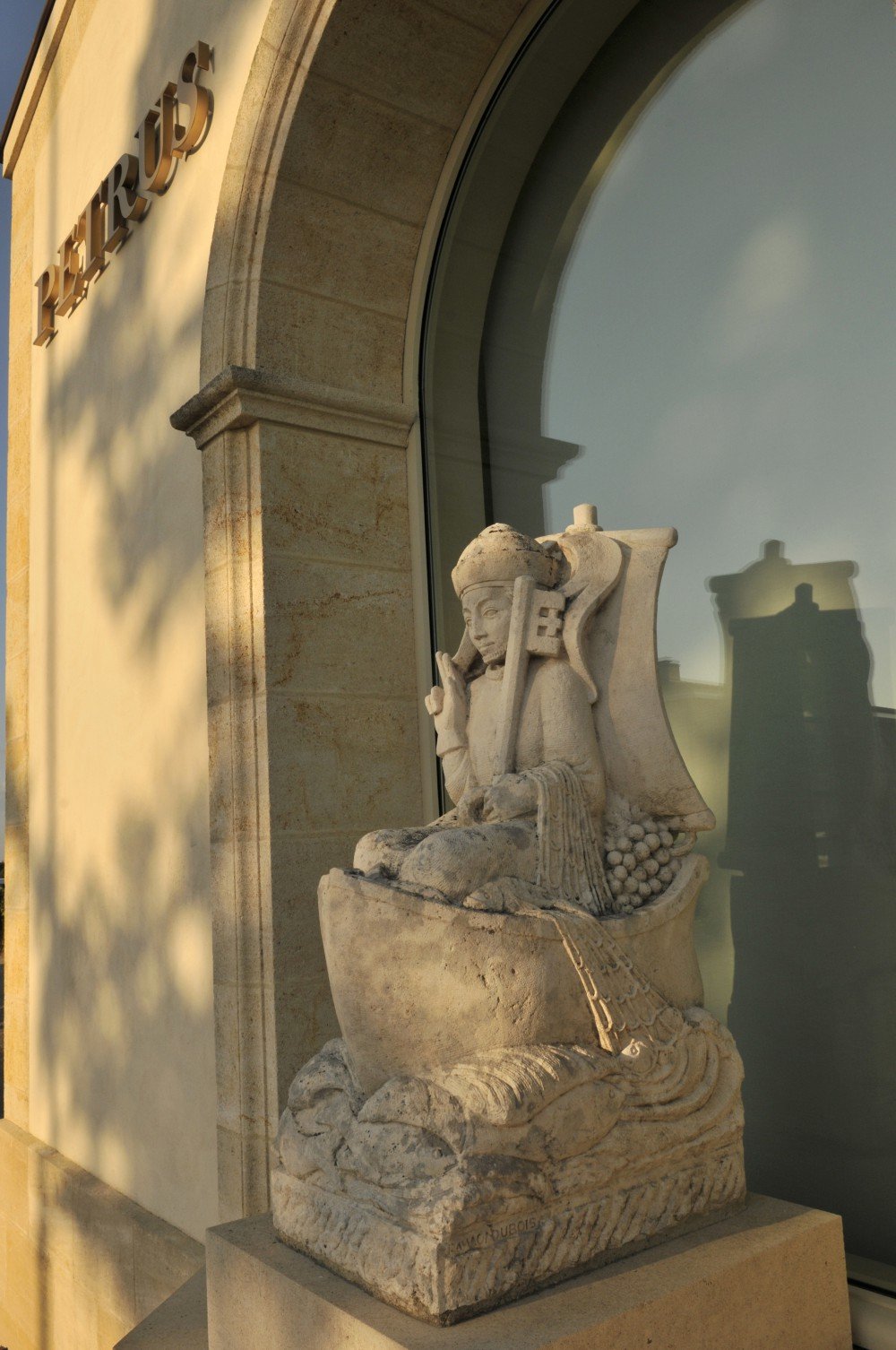 10 Things to know about Petrus

There is something mythical about the name Pétrus: a wine that every wine lover should have drunk at least once in their life. The wine was served at Queen Elizabeth's wedding in 1947 and the Kennedies were also known to be fans. But what is it exactly that makes this wine so special? In this blog you will read everything you always wanted to know about this top Merlot from the right bank. If you want to see which vintages of Pétrus we have in stock, please click here.

1. Once and for all: is it Pétrus or Château Pétrus?

Well, fact is that the word "château" never appeared on the bottle. The label only mentions "Pétrus Pomérol". People who start searching for an actual castle in Pomérol can search for a very long time: there is no castle at all. Yet we often talk about "Château Pétrus". This has to do with the meaning of the word château in Bordeaux: "a wine-producing company including all its vineyards, cellars and the winery". And that could be anything from a castle to a converted garage. The wine company Château Pétrus has a fairly modest building in Pomérol, especially if you compare it to the chic castles of its famous brothers on the left bank.

2. Can I visit Château Pétrus?

Arranging an appointment at Pétrus will probably be hard. Pétrus hostes very few guests and only base on personal recommendation. It is not entirely clear whose recommendation that would be exactly, but you can count on it that this must be an influential person in the wine world. If you don't have such contacts, you will have to console yourself with this virtual visit from wine writer James Suckling on Youtube.

No. Pétrus is one of the most expensive wines in the world and is mentioned in the same breath with top châteaux in the Médoc such as Mouton, Margaux and Latour, but unlike the latter, Pétrus does not have a premier grand cru status. In the classification of Bordeaux wines of 1855, no Pomérol wines are listed at all. Officially Pétrus is therefore a "normal" AOC Pomérol wine.

4. Is Pétrus the best wine in the world?

Of course, everyone must determine for themselves whether that is the case. (James Suckling thinks it is!) But no one will disagree when we say that Pétrus belongs to the absolute top. It is a complex wine, a real powerhouse with an insane amount of fruit. The quality of Pétrus is the result of a million little things, that make Pétrus the wine it is. Of course, we cannot go into every detail here, but one point that is certainly important is the location of the vineyards. The 11 hectares of vineyards are located at the highest point of Pomérol, a hill called la Boutonnière Pétrus. The soil consists of blue clay, which is rich in iron and can only be found in this specific place. Clay has the ability of being able to retain water well, so the roots always have access to a water supply in the soil. Also contributing to the success is the constant pursuit of perfection in both the vineyard and the cellar. A good example is the story of the rainy harvest of 1987, when helicopters were used to blow dry the grapes before they were picked.

5. Why is Pétrus so expensive?

Indeed, Pétrus is not a cheap wine. The price differs per vintage, but you will not find a bottle of Pétrus under €2000. And for the very best years, the price can go up to €5000. This of course has everything to do with the quality described above, the mythical status and the limited availability of the wine. About 25.000 to 30.000 bottles of Pétrus are brought onto the market every year. That may seem like quite a few bottles, but of course they still have to be divided among wine lovers all over the world...

You came to the right place! Best of Wines has a very extensive range of Pétrus (various vintages) in stock, including the excellent - 100 Parker points - 2009 and 2015 vintages.

7. What are the best Pétrus vintages?

8. How can I know for sure my bottle of Pétrus is authentic?

Anyone who has seen the documentary Sour Grapes will be extra alert when it comes to buying old wines. So, how can you be sure that you are not dealing with a so-called fake bottle? We can be very clear about the answer to that question: buy your bottle from a reliable source. Best of Wines has a whole team of specialists who know exactly what to look for when assessing the authenticity of an older bottle. And even with younger vintages, there are visible and invisible ways in which the wine is protected. Therefore, we can guarantee the authenticity of all the bottles we sell.

9. I have a bottle of Pétrus in my cellar, when should I drink it?

Pétrus is known for its great aging potential. Basically, a 15 year old Pétrus is still a baby. And good vintages only reache their peak after 20 to 45 years. Finding it too hard to wait and no moral problems with the "baby murder" of opening a young Pétrus? The 2006 and 2014 are vintages that relatively drink well at this point. In that case, we do recommend decanting the wine for quite a few hours in advance.

10. What happens to "declassified" Pétrus?

Unlike most châteaux in Bordeaux, Pétrus does not have a second wine. The grapes that are rejected for Pétrus - and sometimes that will be whole plots of vineyards (!) - are sold and disappear in other AOC Pomérol wines. Which Pomérol wines, you ask? Well, that's one of Bordeaux's best kept secrets!